Epidemic Intelligence (EI) is a framework for strengthening disease surveillance, improving preparedness and enabling early response during outbreaks or public health emergencies. With support from partners, the Nigeria Centre for Disease Control (NCDC) continues to improve its EI for early detection, verification and assessment of potential health threats.

The introduction of this review is further guided by the introduction of Epidemic Intelligence from Open Sources (EIOS) tool to NCDC, by WHO in 2019. This makes Nigeria the first country in Africa to adopt the platform.

The NCDC daily Signal Management and Epidemic Intelligence review meeting aligns with the WHO global epidemic intelligence process. The objectives of this meeting are to:

1. Conduct daily analysis of public health risks from all parts of the country and provide direction for follow-up action(s)

5. Provide guidance for sharing information to reduce the time necessary for mobilisation of resources in the event of a public health emergency

One of our major priorities in 2020, is to strengthen the capacity to quickly detect and prevent the spread of disease outbreaks in Nigeria.

• Emergency Operations Centres have been activated in Ondo and Ebonyi states

• Conduct a review of mortality rates of Lassa fever deaths 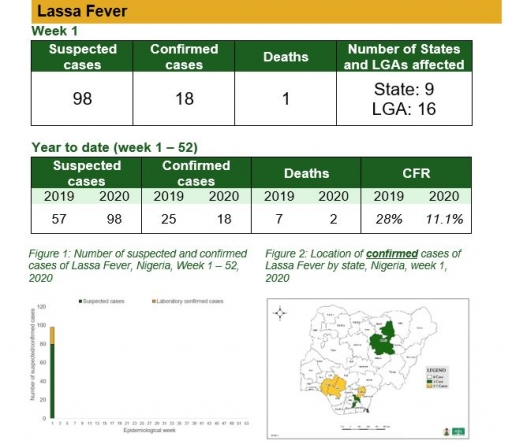 There were ten suspected cases of Cerebrospinal Meningitis (CSM) reported from five LGAs in three states (Cross River – 4, Ebonyi – 2 & Katsina – 4). None was laboratory confirmed and one death was recorded

• Enhanced surveillance in all states 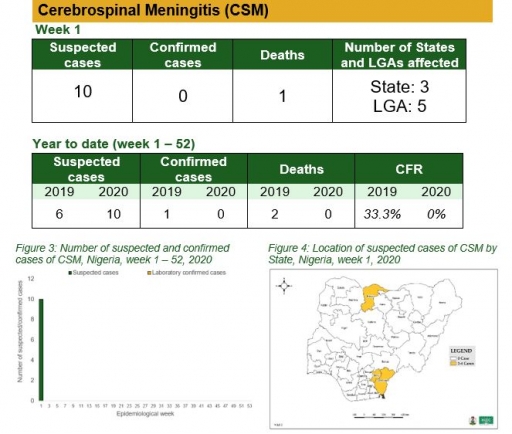 • There were 19 suspected cases of yellow fever (YF) reported from 17 LGAs in 11 states. None was laboratory confirmed and no death was recorded 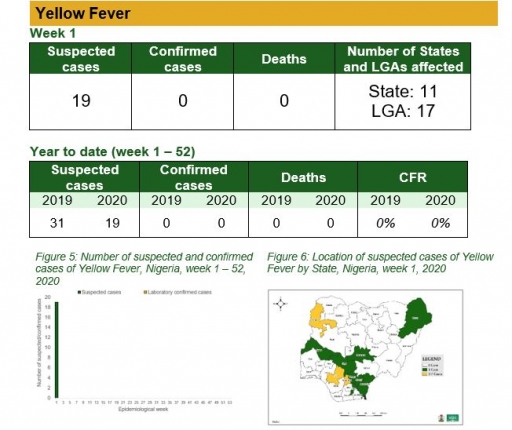 • There were 33 suspected cases of cholera reported from two LGAs in two states (Bayelsa – 25 & Kebbi – 8). None was laboratory confirmed and two deaths were recorded 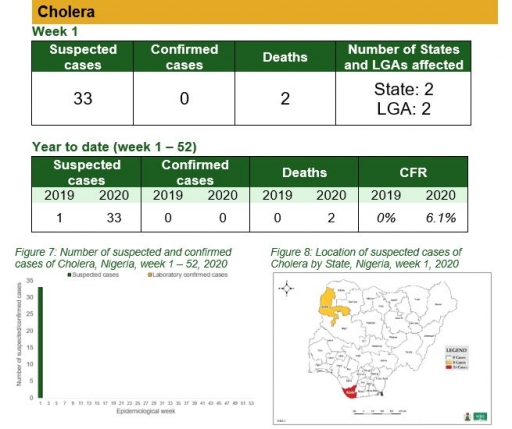 • There were 183 suspected cases of measles reported from 83 LGAs in 21 states. None was laboratory confirmed and three deaths were recorded 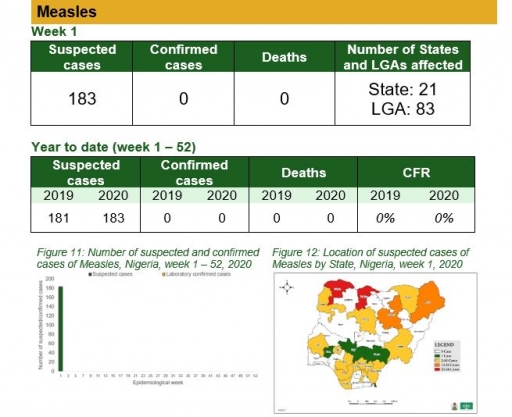 • There were no suspected cases of Monkeypox reported this week 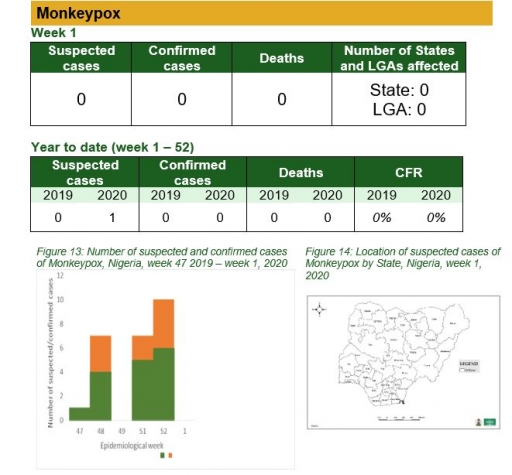 • There were 33 suspected cases of AFP reported from 29 LGAs in 14 states and FCT. None was laboratory confirmed and no death was recorded 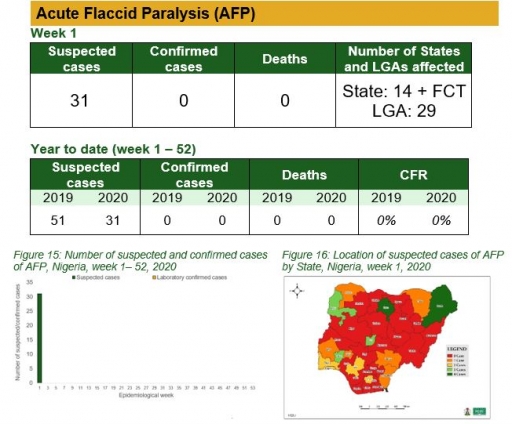 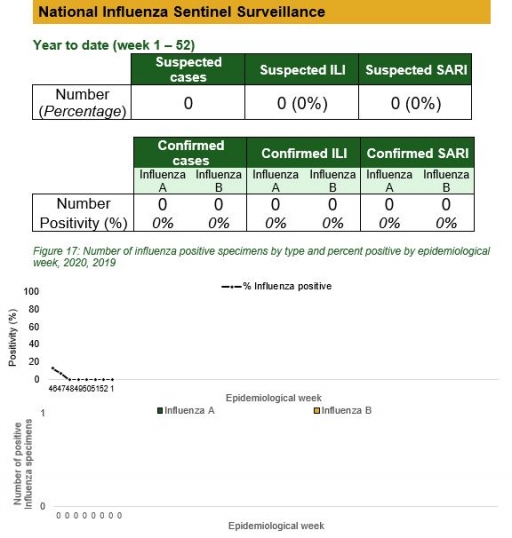 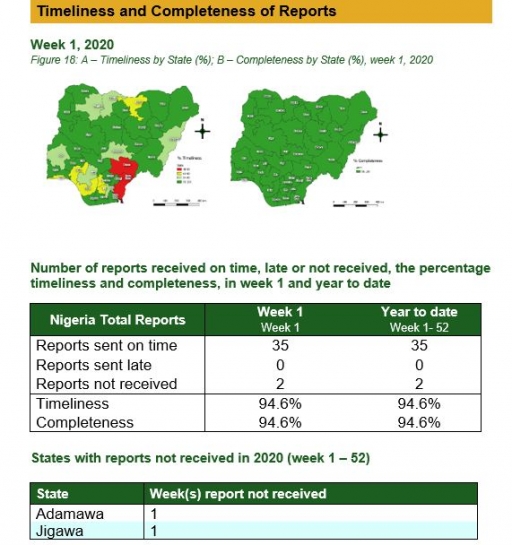 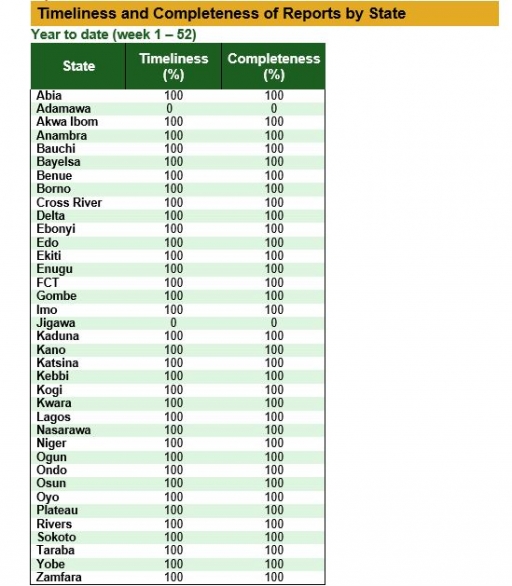