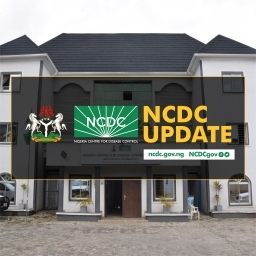 The Nigeria Centre for Disease Control has activated a multi-sectoral National Cholera Emergency Operations Centre (EOC), following an increase in cholera cases across the country.

Since the beginning of the year, 10,833 suspected cholera cases have been reported with 112 confirmed cases and 289 deaths in 2021. In the last one month, an increasing number of cholera cases has been reported across states. The most affected states are Plateau, Bauchi, Gombe, Kano, Zamfara, Bayelsa and Kaduna. Given the risk of large outbreaks across states, NCDC has activated an EOC. The EOC is co-led with the Federal Ministries of Environment and Water Resources, given the link between cholera and water, sanitation and hygiene.

The National EOC has been supporting states to ensure a coordinated, rapid and effective response to the ongoing outbreak. This includes the deployment of National Rapid Response Teams (RRT) to support the response at state level, provision of medical and laboratory supplies, scale up of risk communications amongst other activities.

Additionally, the resources that have been developed as part of Nigeria’s COVID-19 response are being used to strengthen the response to the cholera outbreak. This includes the digitalisation of the national surveillance system, establishment of laboratories and treatment centres, training of health workers among others.

Cholera is a preventable and treatable epidemic -prone disease which is transmitted by eating or drinking contaminated food or water. The number of cholera cases tends to increase with the onset of the rainy season. The risk of death from cholera is higher, when treatment is delayed. It is very important to visit a health facility if you have symptoms such as watery diarrhea and vomiting.

The NCDC urges members of the public to be aware of the risk of the disease and adhere to the following precautionary measures to ensure safety;

Boil and store water in a clean and safe container before drinking.

Wash hands frequently with soap under clean running water to prevent infectious diseases including cholera. This is especially important after defecation and before handling food or eating.

Avoid open defecation and indiscriminate refuse dumping which contribute to the spread of cholera.

Visit a health facility immediately if you have symptoms such as watery diarrhoea.

Healthcare workers should have a high index of suspicion for cholera, and maintain universal care precautions at all times.

More information on cholera, as well as the latest situation report can be accessed via – ncdc.gov.ng.

The Nigeria Centre for Disease Control is the country’s national public health institute, with the mandate to lead the preparedness, detection and response to public health emergencies. The Bill for an Act to establish NCDC was signed into law in November 2018, by President Muhammadu Buhari. The mission for the NCDC is ‘To protect the health of Nigerians through evidence-based prevention, integrated disease surveillance and response, using a One Health approach, guided by research and led by skilled workforce’.