The Nigeria Centre for Disease Control (NCDC) has continued to provide support (on-site and off-site) to the affected States. The team dispatched to Borno State by the NCDC has been involved in providing support for outbreak response, case management and infection, prevention and control. The NCDC has continued to remain in the forefront of coordinating the response in the current outbreak.

In this reporting week, Edo State reported a total of 13 confirmed cases of Lassa fever. However, the NCDC did not receive any notification of when the cases were first identified and as such, a deviation from the recommended flow of information in outbreak situations under the IDSR strategy. This presents a difficult situation, particularly when attempts are made to contain an outbreak. A coordinated and collaborative approach is necessary in containment of outbreaks, especially those of national and international magnitude.

The good work being done by colleagues at the ISTH is not lost on us, as they have played and continue to play a key role in the containment of Lassa fever outbreaks. Notwithstanding this however, there should be an inclusion of the dynamics in communication strategy as other faster and more effective methods have been approved for communication in surveillance. Phone calls, SMS and WhatsApp chats are some of the platforms that have been approved for use in surveillance. The NCDC Connect Centre has a toll-free line- 080097000010 and WhatsApp- 08099555577.

o There were 322 new cases of Acute Flaccid Paralysis (AFP) reported. None was confirmed as Polio. The last reported case of Polio in Nigeria was in August 2016. Active case search for AFP is being intensified as Nigeria has assiduously reinvigorated its efforts to eradicate Polio.

o There were 153 suspected cases of Cerebrospinal Meningitis (CSM) reported from 26 LGAs in 11 States. Of this, one was lab confirmed and 11 deaths were recorded. Surveillance for CSM is ongoing and intensified in the States, particularly as the dry season has set in.

o There were 619 suspected cases of measles reported from 33 States including the FCT. One was laboratory confirmed and two deaths were recorded. 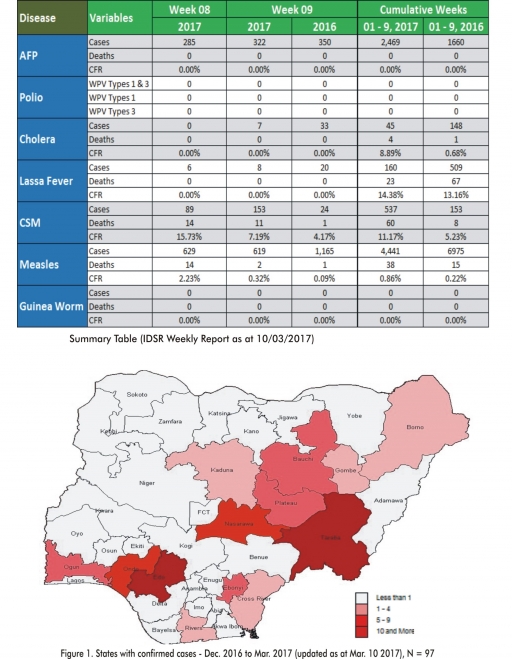 1.1. Eight suspected cases of Lassa fever were reported from four LGAs (four States) in week 9, 2017 compared with 20 suspected cases from ten LGAs (six States) at the same period in 2016 (Figure 2).

1.5. Investigation and active case search ongoing in affected states with coordination of all response activities by NCDC with support from partners.

1.5.5. Ongoing review of the variables for case based surveillance for VHF

1.5.6. VHF case based forms completed by affected States are being entered into the new VHF management system. This system allows for creation of a VHF database for the country.

1.5.7. Confirmed cases are being treated at identified treatment/isolation centers across the states with Ribavirin and necessary supportive management also instituted

1.5.9. The NCDC has deployed a team to Borno state to support the outbreak response and coordinate case management of patients and support implementation of IPC measures amongst healthcare workers 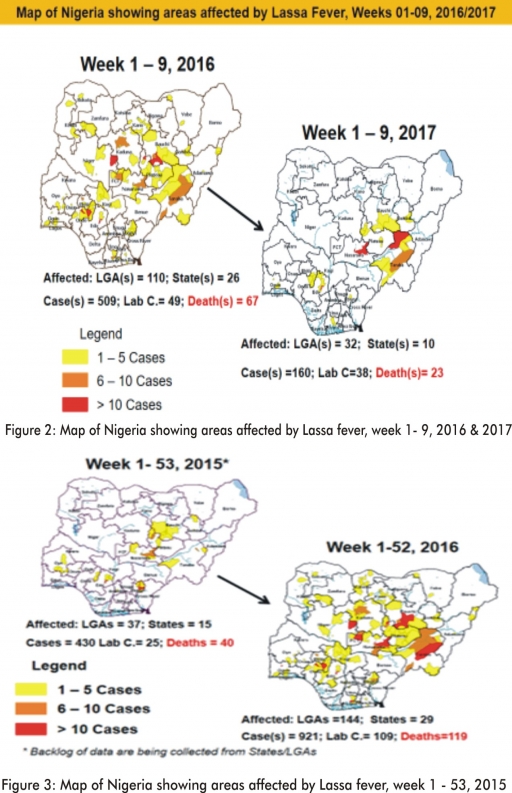 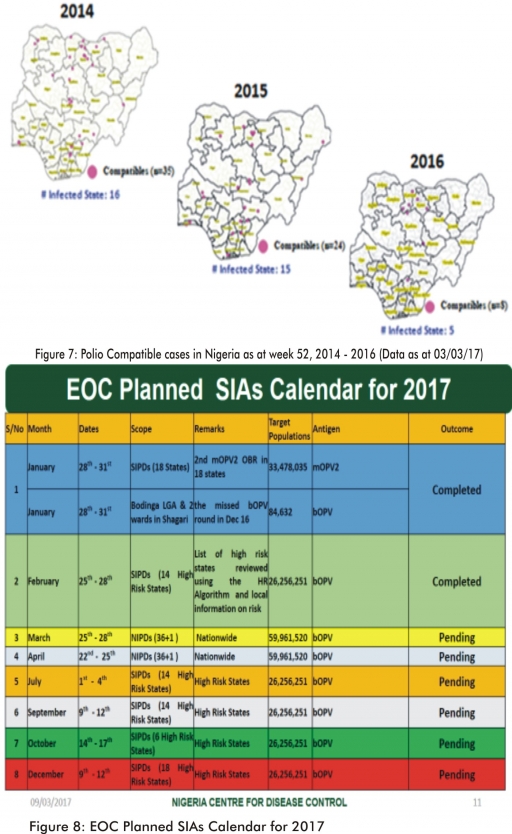 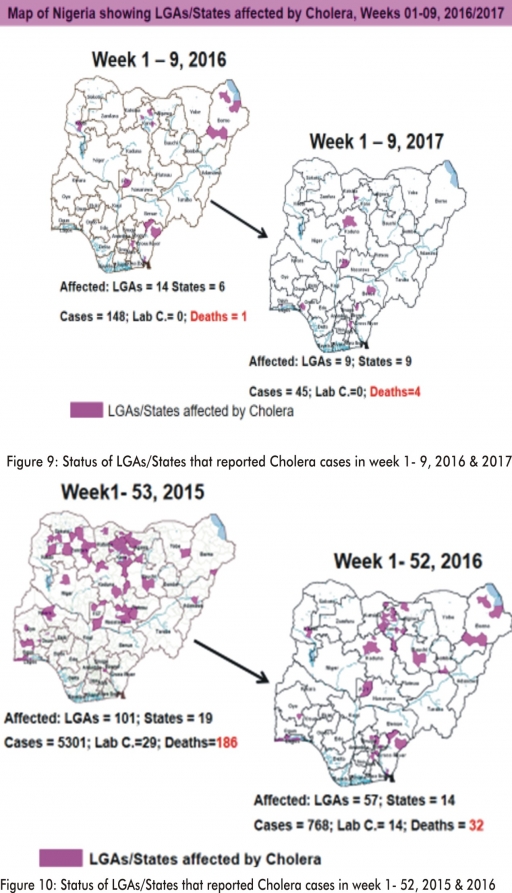 5.6. Confirmed cases are being treated at identified treatment centres in Zamfara and Katsina States and necessary supportive management also instituted

5.9. Request has been made to the National Primary Health Care Development Agency for reactive vaccination campaign in Zamfara State. 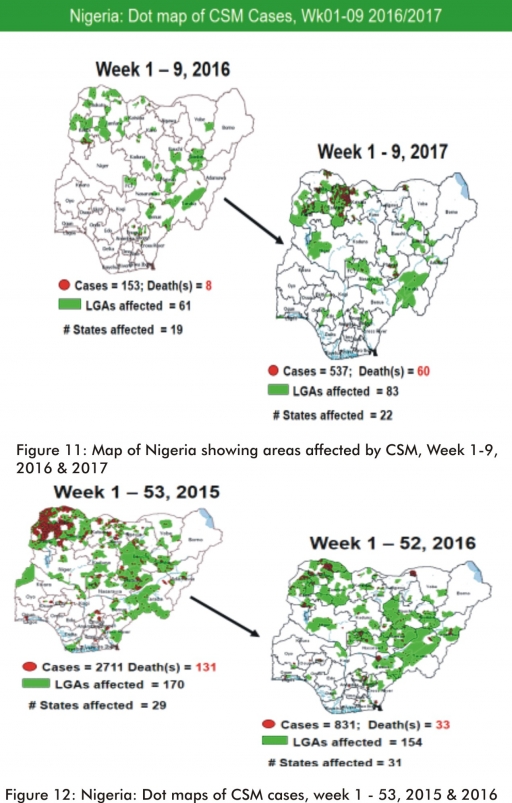 6.1. In the reporting week, no rumour reports of Guinea Worm disease was received from any State.