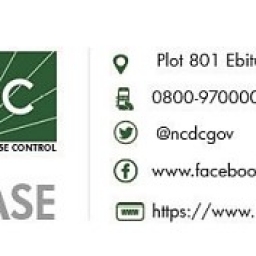 On the 16th of August 2017, the Nigeria Centre for Disease Control (NCDC) was notified of a possible outbreak of Cholera in a camp for Internally Displaced Persons (IDP) in Borno State. Following investigations led by the Borno State Ministry of Health with support from the World Health Organisation (WHO) and other partner agencies, cholera was confirmed by NCDC’s Central Public Health Laboratory in Lagos. It is currently affecting six areas in the State, with Muna Garage IDP Camp, on the outskirts of the state capital Maiduguri as the most affected.